Kemper System America, Inc. has promoted Joseph Hoekzema and Brian McGuire to director of sales positions with joint responsibility for the company’s liquid-applied roofing and waterproofing products for the building enclosure. Hoekzema, based in Hasbrouck Heights, NJ, will oversee Canada, New England, greater New York City, New Jersey, Pennsylvania, and Ohio. McGuire, based in Cary, NC, will lead sales and distribution across the remainder of the U.S. and Mexico. Hoekzema joined Kemper in 2014 and has 25 years of sales and management experience. He is a member of IIBEC and CSI. McGuire brings more than 25 years of experience to his role and joined Kemper in 2009. He is an active member of IIBEC, CRCA, and WSRCA.

David R. Hawn of Dedicated Roof & Hydro Solutions was honored  for his work on behalf of SPRI in starting the Wetting Curves: Acceptable Roof Material Performance at Elevated Moisture Content Task Force in 2013. This Task Force is in the testing phase of the project. At its annual conference, it was announced that “Hawn’s participation on this project and his input on so many others have represented a significant contribution of his time and knowledge.” Hawn is a past president of IIBEC.

Al Janni of Duro-Last Roofing Inc., was presented with SPRI’s President’s Award to recognize the exemplary service of a volunteer. During more than 15 years at SPRI, Janni chaired many technical task forces, served as chair of the Member Services Committee, as a director, and president. “Janni has supported SPRI through his exceptional volunteer efforts, representing the values and priorities of the organization, while fostering the cooperative spirit that helps SPRI achieve its goals,” a news release stated. Janni is an Industry member of IIBEC.

SPRI, the trade association representing sheet membrane and component suppliers to the commercial roofing industry, elected four directors to its board for the 2019-2021 membership years. Associate Directors include Scott Carpenter, SFS Intec, an Industry member of IIBEC; Stan Choiniere, StanCConsulting, a past member; and Bob LeClare, ATAS International, an Industry Affiliate member of IIBEC.

Jerry Abendroth, RBEC, RRO, CDT, announces that he has published a new novel entitled Groundswell: An American Political Movement. From the book cover: “Groundswell: An American Political Movement documents the arrival of that fresh breeze that the American public embraces with enthusiasm. Samuel Harrison is not a typical political candidate. In fact, he really isn’t a political candidate at all, save his extraordinary run for the presidency. The political establishment reacts predictably with first dismissal, then derisiveness, and, finally, mild panic at the entry of Samuel into presidential politics.” You can find the book on Amazon or at Barnes & Noble.

The Asphalt Roofing Manufacturers Association (ARMA) has announced the election of Tim Kersey, vice president and general manager for SOPREMA, Inc., as the association’s president for the 2019 term. ARMA represents North American asphalt roofing manufacturers, as well as raw material suppliers, and serves to promote the long-term sustainability of the asphalt roofing industry. An active member with the association since the late 1980s, Kersey brings to the president’s role his “rich roofing industry knowledge, proven leadership capabilities, and a passion for communicating the benefit of asphalt roofing products to the building industry and the public.” Kersey has been a member of IIBEC for over 20 years, attended countless educational events, and written for IIBEC Interface.

Richard Rast moves from president into the newly created role of CEO. Rast will focus on strategy, potential new acquisitions, and relationship management with key clients and partnerships in the industry. He has more than 35 years of experience as an owner and manager of several firms providing facility asset and energy management, consulting, and technology expertise to the facilities industry. Rast started BLUEFIN almost 15 years ago and began planning this succession to support the continued growth of the company well into the future.

Dave Greene, REWO, RRO, has been promoted to senior project manager. Greene joined BLUEFIN in June 2014 and implemented improvements to some of BLUEFIN’s most significant projects, including creating and leading a safety program that resulted in an improved EMR score of 0.85. 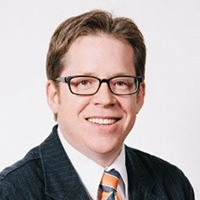 “After the other general announcements and an explosive keynote by Mr. Myth Buster, Jamie Hyneman, the enthused crowd rushed out into the hallways lined with the new logo (such a pro-move by the RCI, Inc. staff) that uses the first ‘I’ to create five sides of a hexagon surrounding a cube representing a building with six sides. Next to it are the bold letters IBEC in blue with the full name spelled out in smaller font underneath. The new logo is a massive change that makes the RCI logo look a bit dated.”

The annual awards ceremony at the final  RCI Convention and Trade Show prior to rebranding featured recognition of a number of members who have made outstanding contributions to RCI over the years, as well as those who were celebrating anniversaries of membership.

Anniversaries of membership are celebrated based on years of continuous uninterrupted membership with RCI (now IIBEC), and the following members were recognized for these longevity awards.

A photo of 35-year members will be featured in the May/June 2019 issue of IIBEC Interface.