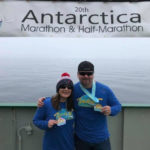 Robért J. Hinojosa, RBEC, RRO, F-IIBEC, PE, CDT, recently ran a marathon in Antarctica with his wife, Shelley. Hinojosa has been running marathons for six years, during which time he has raised nearly $100,000 for Michael’s Miracle Marathon Team. A recent injury made this already challenging race even more difficult for Hinojosa, but he completed it. Hinojosa has been an IIBEC member since 2006, and was president in 2016-2017. He has also served on the Registration Committee, and is currently chair of the REWC Exam Development Subcommittee. 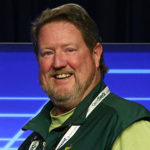