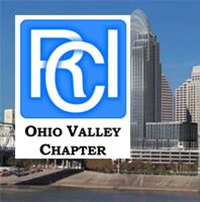 The Ohio Valley Chapter of RCI feels that their team effort is not complete without including and recognizing the professional roofers in both Indiana and Ohio with whom they work. Therefore, a program was created to recognize an outstanding roofer of the year. Last year, several nominations for the award were received from Ohio. In an effort to keep the momentum going, the chapter hopes to honor a roofing contractor in Indiana as well as Ohio in the coming year.

The work being nominated needs to have been completed between January 1, 2016 and June 30, 2017. Nomination forms are due by September 1, 2017, to the Ohio Valley Chapter of RCI.