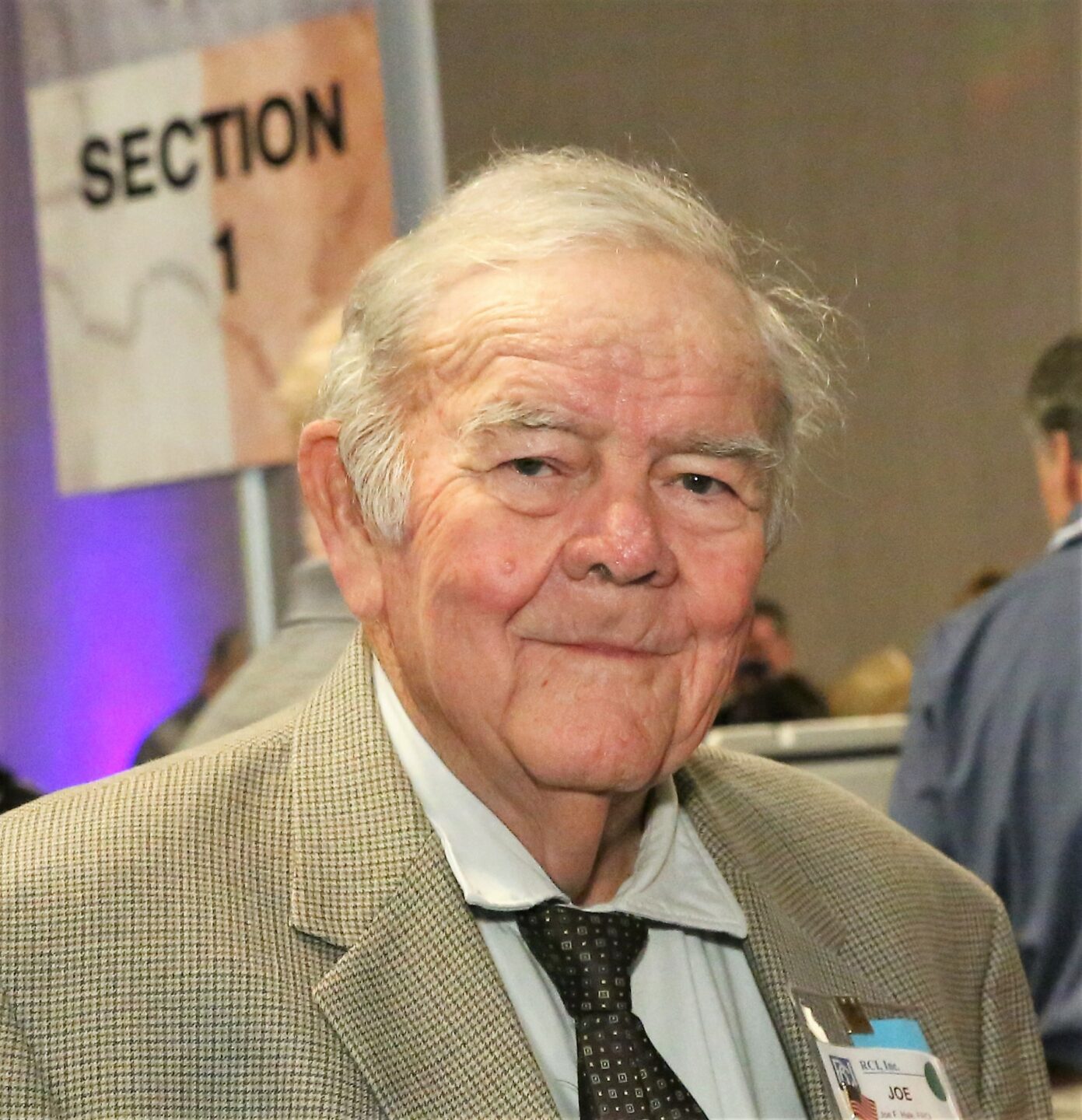 Joe Hale, longtime member of IIBEC (formerly of RCI) passed away peacefully on June 6, 2021, at his home in Max Meadows, Virginia. Hale is a past RCI President, RCI-IIBEC Foundation Chair, and Fellow of IIBEC. Hale has been a member of IIBEC since 1985; he was the first recipient of the Lifetime Achievement award as well as the first honorary Registered Roof Consultant designation. Hale is also co-owner and founder of HDH associates PC and HDH Technical in Christiansburg, Virginia.

“Joe gave incredible amounts of energy to IIBEC, from its humble beginnings right up to the present day,” said Ted Sheridan, IIBEC President.  “More than that, he personally touched the lives of hundreds, maybe thousands, of IIBEC members by making each of us feel important and encouraging us to be part of something bigger, something that would improve our industry.  And he did that one relationship, one anecdote at a time.  An enormous void is left by his passing.”

“The industry has lost a great man,” said Mike Blanchette, Chair of the RCI-IIBEC Foundation. “His legacy will live on.”

“Joe Hale was such a positive reinforcement to the ideal of doing things right,” said Albert Duwyn, Chair of the RCI Foundation Canada. “He was an inspiration to those who chose to follow that ideal.”

“Mr. Hale was one of the most dedicated and knowledgeable individuals I have ever had the pleasure of getting to know,” said Scott Hinesley, Immediate Past President of IIBEC. “Since first joining RCI back in 1999, he went out of his way to introduce himself and make sure I knew he could be a trusted resource should I ever need one; I consider myself fortunate to have taken him up on that offer.  I suspect I’m not alone in my sentiment.”

“The organization and building enclosure industry at large have benefited tremendously from his tireless efforts and has grown into the force that not many outside of Mr. Hale would have ever envisioned.  Without his thumbprint clearly impressed upon it, IIBEC would be a completely different organization today.”

Hinesley added, “Mr. Hale will be dearly missed, but his legacy will thrive through his lifelong dedication to his profession, his community, and his family.”

In lieu of flowers, donations may be made to the RCI-IIBEC Foundation in support of the Joe Hale Library of Fort Chiswell.