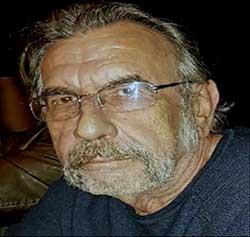 Jud Jansen, 74, died September 23, 2018, in Fort Langley, BC, after a year-long battle with cancer. He started as a laborer between Alberta and British Columbia in the 1960s, and became a roof inspector and a reroofing division manager. In 1977, he founded Inter-Provincial Inspectors, selling the company in the early 1980s and providing roof consulting services independently. He became a founding member of the Roofing Inspectors & Consultants Association of British Columbia prior to founding Roof Tech Consultants in 1989. Jansen was a founding member of the Western Canada Chapter of RCI and was a member of BCBEC, CSA, and Green Roofs for Healthy Cities, as well as a member of RCI and an RRO.

Debra MacIntyre Boulay, 59, died November 15, 2018 in Boston, MA, after a month-long battle with multiple organ failure. She is survived by her husband, RCI Consultant member Marc Boulay. Other survivors include her mother Constance Lahey, sister Lisa Lahey, and brothers Kirk and Mark MacIntyre. She started a business in consulting engineering with her husband after years in retail, data processing, and modeling. Debra enjoyed motorcycling and traveling with Marc. Donations may be made to any local food bank, homeless shelter, or animal shelter.

Wiss, Janney, Elstner Associates, Inc. has announced a number of promotions in their ranks. Among those who were promoted were several RCI members. Jeremy J. Bridwell, RRC, REWC, PE, is now an associate principal. He has been a member of RCI for ten years, and has served on the Emerging Professionals Committee, the Document Competition Committee, as well as in leadership positions in the North Texas Chapter. James M. (Jim) Brown, RRC, AIA, also now an associate principal, has been a member of RCI since 2009, and has cycled through the leadership positions for his chapter, the Georgia Chapter. Joining the ranks as an associate principal in WJE’s Boston office is Emma Cardini, who has served as Director for the New England Chapter of RCI, in addition to serving on the Building Envelope Symposium Committee. Bruce D. McMahon, RRO, AIA, is now a principal. He joined WJE in 2004 and has thirty-five years of architectural, project management, and construction management expertise. McMahon has been an RCI member since 2005. RCI congratulates all on their new positions and wishes them well.