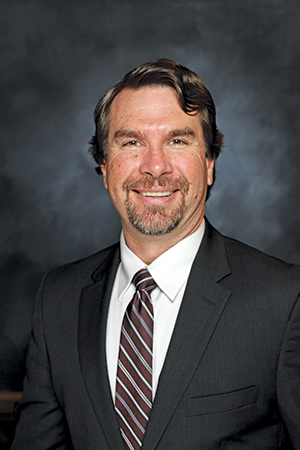 Lionel van der Walt, hired in January 2018 to succeed the retiring James Birdsong as CEO and executive vice president, has tendered his resignation to the Board of Directors, effective June 30, 2019. Citing a “once-in-a-lifetime offer,” van der Walt will take a position as CEO and president of PayCargo, whose board of directors he joined in April 2018. PayCargo is a high-tech online payments solution provider for the ocean, air, trucking, and rail industries and operates out of Miami, Florida. Prior to his hire at RCI, van der Walt was president of Cargo Network Services Corp., and he has extensive experience in that industry.

In a video message to the membership available on RCI’s Newsfeed (https://iibec.org/important-message-lionel-van-der-walt/), van der Walt pledged his 100% commitment and support to continue the work that he has been doing at RCI until the end of his notice period, and emphasized that he will also make himself available to the Board and new CEO afterward if needed.

During his short tenure at RCI, the association took on several new initiatives—most notably, the planned rebranding of the institute from RCI, Inc. to the International Institute of Building Enclosure Consultants (IIBEC). With the support of the staff, the Board, members, and a lobbyist, efforts were made to promote responsible industry procurement practices to the attention of government officials—both in the U.S. and Canada. RCI partnered with other industry groups, including the National Roofing Contractors Association (NRCA), the National Institute of Building Sciences (NIBS), ASTM International, National Women in Roofing (NWIR), and the National Research Council Canada (NRC), to mention a few, signaling a new era of cross-industry collaboration at RCI. Van der Walt and members of the Board traveled across the country and to Europe representing the association in order to better understand industry issues and members’ needs, to share RCI’s vision and strategic plans for the future, and to pursue further international recognition and growth.

The RCI staff also experienced reconfiguration, with the hiring of four new staffers, the exit of three longtime staffers, and new management responsibilities for several others. Van der Walt fostered a culture centered on members’ priorities, needs, and engagement, and stressed a staff focus on results, innovation, modernization of practices, and close teamwork. With his driven pace, van der Walt has emphasized technology and modernization over tradition, moving from paper to digital delivery of materials and communications, promoting diversity in the association, and partnering wherever possible with other industry organizations. His stated end goal has always been to increase RCI’s value and relevance to its members first, and then to other industry partners and stakeholders wherever possible, in line with RCI’s five-year strategic plan, and in a fiscally responsible manner.

The Board of Directors has begun its search for a new CEO and EVP to replace van der Walt, while he has pledged a smooth and strong transition. In a video message to the membership (https://iibec.org/message-president-mike-clark/), President Mike Clark has assured members that the process of choosing van der Walt’s successor is expected to produce viable candidates who will be interviewed by the search committee in April, with a new CEO/EVP selected by the entire Board by June. Anyone with questions or concerns is directed to contact President Clark at mecanda@mgacoxmail.com.