“What Do We Want? Equality. What Don’t We Want? Misogyny” 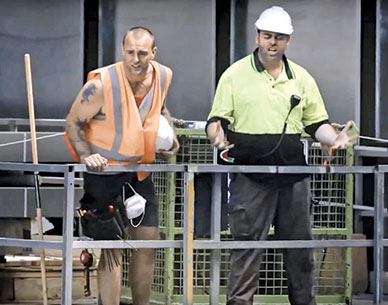 That’s what the construction workers chant to women walking by in an Australian advert for Snickers called “Hungry Builders.” The premise of the ad is that men don’t act “normal” when they’re hungry, and if they just had a Snickers bar, they would go back to being misogynistic and instead objectify the women walking by. Both men and women thought the ad itself was sexist. “So…treating women with respect is not ‘normal?’” one woman commented about the ad. Others asked, “So where are the women construction workers?” See what you think. Watch it below.