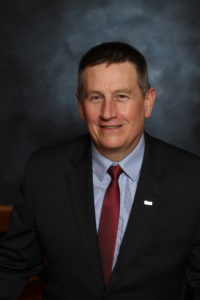 As I write this, the rockets carrying the National Aeronautics and Space Administration’s James Webb Space Telescope have just blasted off. When Webb finally reaches its stationary Lagrange point, “L2,” between the Earth and the sun, its incomparable precision and unobstructed sightlines will allow the most granular and focused view of outer space we have ever witnessed. It will effectively allow us to look back in time toward the origin of the universe, provided there are no “Space Oddity” moments where the telescope goes free-floating into space.

Over here on Earth, in the present day, things aren’t nearly as clear.

It’s not a situation any of us cares to linger on. Usually, uncertainty is associated with dithering, inaction, weakness, or inability. But we know that is not the case. IIBEC’s membership is populated with builders. We are resilient, flexible, hardworking decision makers. We are improving our capabilities and our competitive position. So why do so many things still feel so uncertain right now?

Maybe we have come to depend too heavily on certainty, assuming the goalposts are going to stay exactly where they are. Maybe we’re too focused on the expected result—a result that is critically tracked and evaluated in terms of time, quality, and cost in an increasingly granular way. But how realistic is it to hold ourselves up to the same project goals as we had a year or two ago? The world has changed, is changing, and will continue to change in the near future. Yes, we have individually honed our capabilities—but the systems that support us and surround us are more variable than ever. The pandemic is still with us. Supply chain issues continue to plague delivery of materials. Workforce shortages and climate change add to the uncertainties. We need to learn to adjust our expectations, our projects, and our attitudes accordingly.

In my first year of university, during “Frosh Week,” the engineering faculty at my school subjected all freshmen (frosh) to a series of ridiculously hard science and math tests. In the few days between the tests and the publishing of results, the egos of even the most self-confident students were deflated, as most of us realized we had probably failed. The commiseration continued until it was leaked (or rumored) that the average score was 18/50, at which point the mood in my dorm improved somewhat. Why? Because the group perspective on its performance changed. When I got my results and was ranked 164/543, I really stopped caring how many questions I got right. I was just pretty happy to be above average—for that day at least.

Who can honestly say their projects have met all of their clients’ initial expectations for time, cost, and quality over the past year? If your projects did, that apparent success may well be a happy coincidence because you managed to hit a wildly careening target. If, on the other hand, you have continued to apply your best practices, and if you have learned, adapted your skills, and adjusted your approach in your quest to complete the best overall project for your client, then you are still cooking with a winning recipe. And that recipe will still serve you well when the world regains more certainty, or even if it becomes more chaotic.

We can’t change the times we live in. But we do have to pay attention to them. As Charles Darwin theorized and business professor Leon C. Megginson summarized, it is not the strongest of the species that survives, nor the most intelligent. It is the one most adaptable to change. So, let’s keep on adapting with our IIBEC colleagues and others in our industry. What better way to do this than attend the upcoming IIBEC Convention and Trade Show?

To close, I’ll leave you with some slightly more recent musical inspiration on the subject of change from Green Day’s “Good Riddance”:

Another turning point
a fork stuck in the road
Time grabs you by the wrist
directs you where to go
So make the best of this test, and don’t ask why
It’s not a question, but a lesson learned in time
It’s something unpredictable
But in the end, it’s right
I hope you had the time of your life