You won’t be swimming here if you have a fear of heights. This 360-degree infinity pool on top of a skyscraper in London hasn’t been constructed yet—in fact, the designers have planned the building around the pool—but it will be the only building in the world to have such a pool when it is constructed. 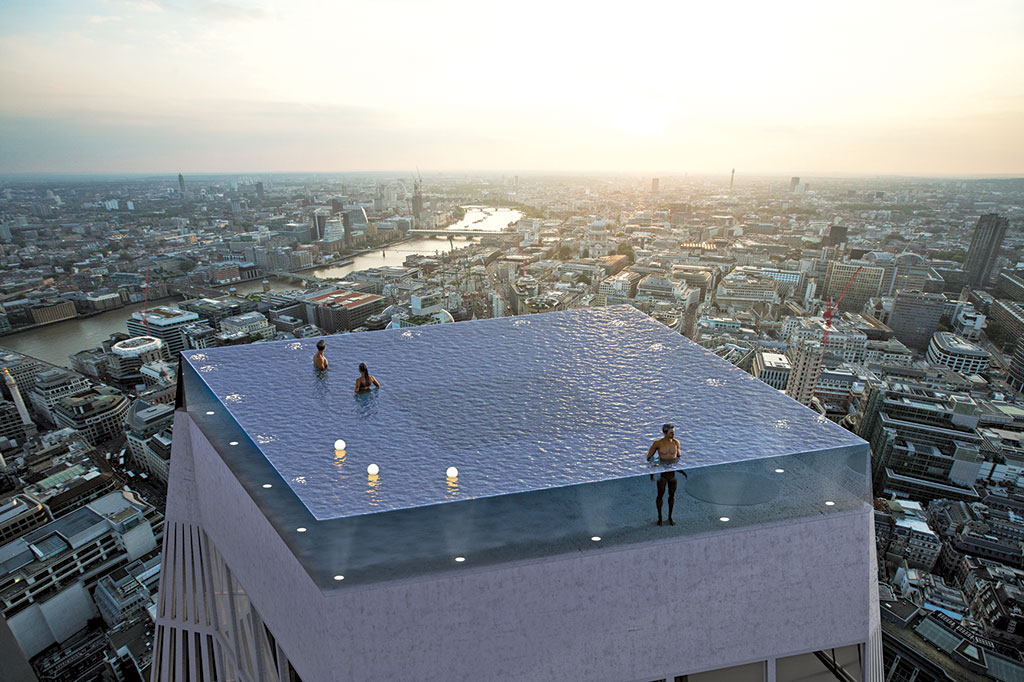 The concept comes from Compass Pools, which plans to build the 600,000-liter (158,500-gallon) pool out of cast acrylic on top of a 55-story structure. The floor of the pool is also transparent, allowing visitors to see the swimmers and the sky above.

Swimmers will have a way out—through a rotating spiral staircase based on the door of a submarine that will rise from the pool floor when someone wants out. Another advanced technical feature includes a built-in anemometer to monitor the wind speed, which will be linked to a computer-controlled building management system that will ensure the pool stays at the right temperature and the water doesn’t get blown to the streets below. 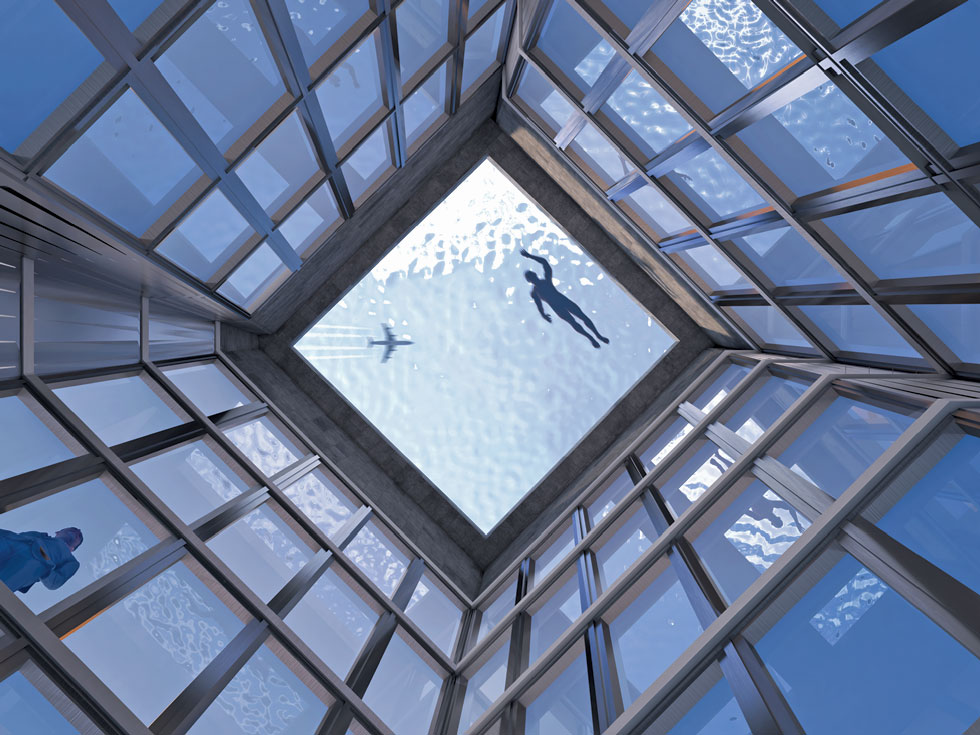 The pool’s heating system will use waste energy from the air conditioning system for the building. The hot gas produced as a byproduct of creating cold air in the building will run through a heat exchanger to heat the water for the pool.

Construction on the building, called Infinity London, could begin as early as 2020. A five-star hotel would be housed on the top floors. Its location has not yet been confirmed.