The Tulip tower could change the skyline of London, England, in a big way. The City of London Planning Committee gave the green light to the controversial high-rise tower in the shape of a tulip which, when completed, could be the tallest building in London and the second-tallest in Western Europe. Opponents of the plan argued that the structure would negatively impact historic views of the city. While the committee approved the building, on July 15, London Mayor Sadiq Khan dismissed the plans as “unwelcoming” and “poorly designed.” 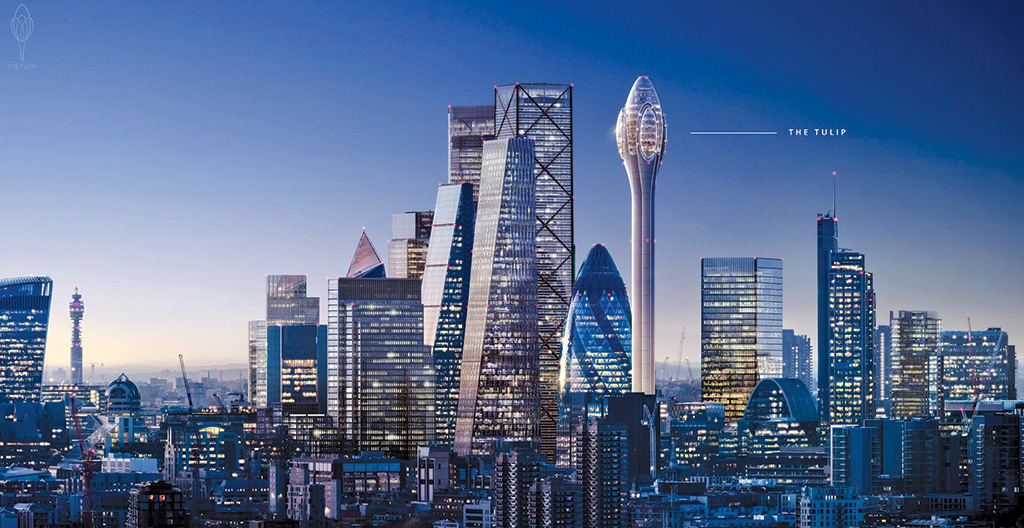 The 305-meter (1002-ft.) attraction would include viewing galleries with sky bridges, internal glass slides, and gondola pod rides on the building’s façade. A sky bar and restaurants would hold panoramic views of the city. It will also include a publicly accessible rooftop garden. It is forecast that 1.2 million people a year will visit the slender tower shaped like a tulip bud.

The structure, designed by Foster + Partners, is planned next to the iconic 30 St Mary Axe (also known as The Gherkin). Construction is planned to begin in 2020 and could be finished by 2025. View an architectural video below.