The highest-paying construction trade occupations in 2016, according to the Bureau of Labor Statistics (BLS), were elevator installers and repairers ($76,860 per year) and first-line supervisors of construction trades and extraction workers ($68,040). The lowest-paid were roofers’ helpers ($28,890) and helpers of painters, paperhangers, plasterers, and stucco masons ($28,760).

A seven-year expansion in the office market has slowed, according to the Wall Street Journal, citing real-estate data firm Reis Inc. “Tenants occupied 5 million square feet more at the end of the first quarter than at the beginning of the year, compared with an average of 9.4 million square feet per quarter in 2016.” However, office construction remains strong for now. The Census Bureau reported that private office construction spending increased 29% in the first two months of 2017 compared to the same period in 2016, almost matching the 2016 full-year growth rate of 30%.

Warehouse construction accounted for 28% of commercial construction in 2016 and jumped 22% from 2015 to a new high, an Associated General Contractors (AGC) analysis found. The small mini-storage sub-category nearly doubled (up 96% from 2015 and 43% from its prior peak in 2002). “The self-storage industry has grown to about 50,000 sites nationwide after evolving from the moving-and-storage business in the Midwest and South in the late 1960s,” said Timothy J. Dietz, president and CEO of the Self Storage Association, according to the New York Times. “Nearly one-third are concentrated in Texas, California, Florida, Ohio, and North Carolina.”

An AGC analysis of Census Bureau commercial construction spending shows that of 14 retail subcategories, 11 increased in spending in 2016, but only parking structures reached a new high. An October 2016 survey by the NAIOP (Commercial Real Estate Development Association) found that “nine out of 10 developers who responded indicated that…3.5 to 4.5 parking spaces per 1,000 square feet of office space has been adequate for the past decade,” the Spring 2017 issue of Development reported. However, “respondents indicated that tenants have been asking for more parking recently,” with the most common comment being that “increasing density of employees” was “increasing parking requirements.” 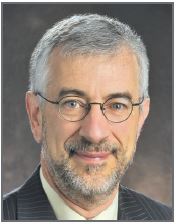 This series on the economy and its impact on the construction industry is published quarterly in RCI Interface. The column is prepared by Kenneth D. Simonson, chief economist for the Associated General Contractors of America (AGC). Simonson was the 2012-13 president of the National Association for Business Economics. He may be reached at simonsonk@agc.org.