Back To News
September 24, 2017
A huge sloping public square doubles as a roof for the Centro Cultural de Córdoba (Córdoba Cultural Center) in Córdoba, Argentina. The site, in Sarmiento Park, was commissioned by the city to commemorate the bicentennial of the Argentine Republic (July 9, 2016) and is located between two museums. The building is made of three elements: a slender, twisting tower (“the Bicentennial Pharos”), a pavilion containing the center, and the plaza with various pathways and meeting places.

Architects Iván Castañeda, Juan Salassa, and Santiago Tissot of STC Arquitectos, along with Alejandro Cohen, Cristián Nanzer, and Inés Saal collaborated on the center, which opened in 2014.

Making a landscape from a building was the ruling concept guiding the project. As it extends upwards, the surface forms a roof over the center that sweeps around a sunken sculpture courtyard. The main entrance is positioned at one corner facing the city, where a glazed curtainwall offers a view inside. V-shaped and cylindrical columns support the roof and shelter a subterranean auditorium and exhibition space. 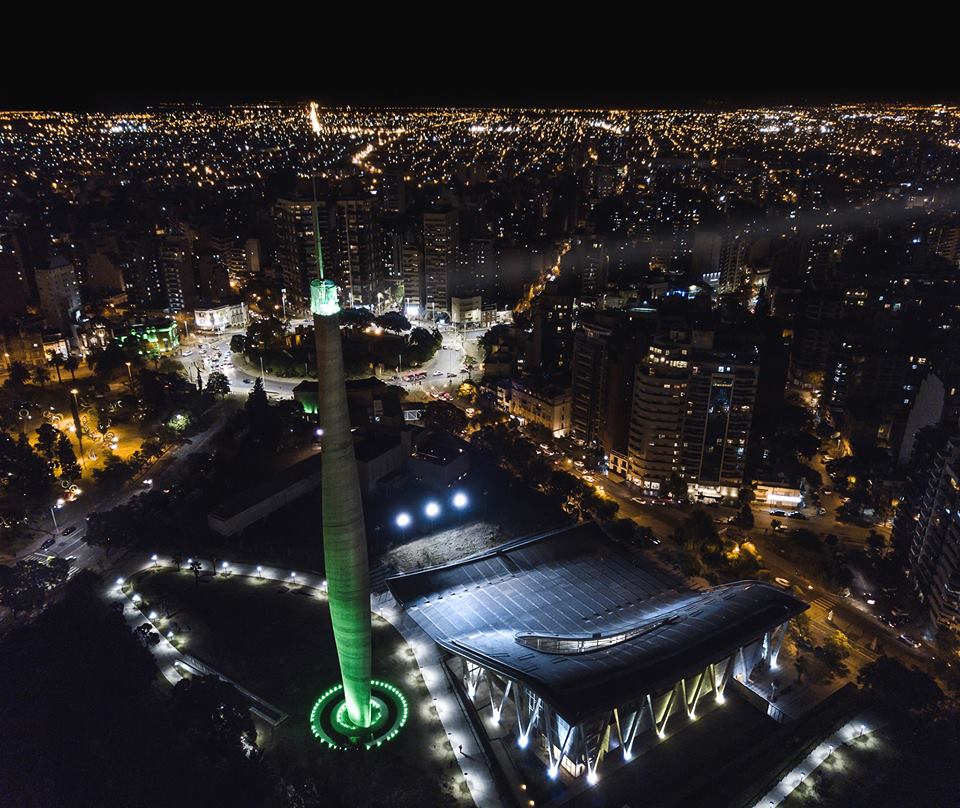