The natural disasters that hit the United States and its commonwealths and territories in the third quarter of 2017 threaten to cause construction material and labor costs to rise. The costs associated with Hurricanes Harvey, Irma, and Maria are estimated at $295 billion, according to Moody’s Analytics.

Contractors bidding on work starting in 2018 may be affected by rising project costs, while the shrinking labor market may be made even tighter. As a result, expect subcontractors to raise their costs.

Through October, ENR’s 20-city average labor component for its construction cost index was up 3.6% above 2016. Analysts predict annual escalation could be up to 4.6% in two years. 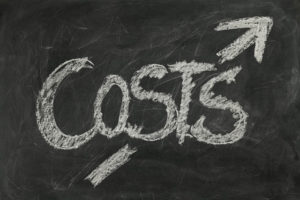 The differences among the storms and the damages they caused will dramatically affect the insurance industry and the people involved. Hurricane Harvey produced mostly flooding damage, which most insurance does not cover. Hurricane Irma was a wind-related storm, broadly covered by insurance. This could cause the Florida area to recover more quickly than Texas. In Puerto Rico, the island’s already precarious financial position, decimated power grid, and uncertainty as to what the federal government is willing to provide in the way of assistance are a combination that threatens to presage a continuing disaster.

However, in September, the Federal Reserve stated, “Storm-related disruptions and rebuilding will affect economic activity in the near term, but past experience suggests that the storms are unlikely to materially alter the course of the national economy over the medium term.” Its quarterly economic projections raised its Gross Domestic Product outlook for 2017 from 2.1 to 2.2%.