The topic of wind-lifted shingles remains a controversial subject in the roofing industry. There are many misconceptions and a number of issues with asphalt shingles that are commonly incorrectly attributed to wind effects. Some of the current and most hotly debated issues relate to the assertions by some that:

“WIND-LIFTED” OR “WIND-DAMAGED” SHINGLES ARE NOT ALWAYS VISUALLY APPARENT

When considering if wind-related damage to asphalt composition shingles can be hidden or not visually apparent, one must consider how damage to a shingle occurs. First, a wind-induced pressure differential between the front and back of a shingle (i.e., uplift force) has to occur, such that the factory-applied adhesive fails. As the shingle rises in the wind, more surface area is exposed to the wind and, thus, a greater uplift force occurs. Refer to Figure 1.

This progression will tend to flip and crease or tear the shingle. The wind forces cause the shingle to flutter and bend such that further creases may develop (Figure 2). Eventually, if the wind force is strong enough, the tabs or shingle sections break off and are carried downwind (Figure 3). This is particularly the case in areas of the roof that are exposed to higher wind forces (e.g., eaves, hips, ridges, etc.). Failure typically occurs at the top of the exposed section, just below the butt end of the overlying shingle.

It has been our experience (both by field observations and laboratory testing) that any sealed-down shingle affected by wind will leave lasting evidence of the event having occurred. This evidence is exhibited as creases, folds, tears, missing shingles or portions of shingles, or any combination thereof. Further, this evidence is visible when the roof is examined carefully. A shingle that is simply not adhered and is not creased, folded, torn, or missing, is not evidence of wind-caused damage. (This item is discussed in further detail in the following section.)

A recently completed test performed by Haag Research/Testing (HRT) documented the mechanisms by which shingles are damaged by wind. HRT employed a wind simulator (Figure 4) capable of producing wind speeds up to 175 mph and compliant with ASTM D3161, Standard Test Method for Wind-Resistance of Steep Slope Roofing Products (Fan-Induced Method). Post-test inspection of all shingles that unbonded during the testing revealed that, at a minimum, creases were present. Shingles utilized in this test were not weathered, but were placed on the test assembly days before the test. In the new, pliable shingles tested, the creases required very close inspection and tactile manipulation (i.e., placing hand pressure from underneath the shingle) of the granular surface to observe the crease; nonetheless, they were present and observable.

It is important to explicitly define the characteristics that identify a wind-damaged shingle. In the absence of such a definition, many in the industry imply that any shingle with inadequate adhesion is a “wind-lifted” or “wind-damaged” shingle. This practice is particularly careless because it ignores the many reasons shingle adhesives can fail, even in the absence of strong wind forces. To be more specific, wind can lift and remove poorly adhered shingle tabs; however, not all poorly adhered shingle tabs are caused by wind.

There are multiple factors that negatively influence the adhesion of shingles. These factors include manufacturing inconsistencies, improper installation, aging and deterioration, installations during cold weather, contamination of the adhesive, as well as cyclic thermal expansion and contraction.

Cyclic thermal expansion and contraction, for example, will yield a pattern of unbonded shingle overlaps extending up-slope diagonally, reflecting the pattern in which these shingles were installed (Figure 5). A similar pattern is often observed with shingles installed in a straight-up pattern, referred to as “racked.” An unbonded pattern of shingle tabs in a racked installation is commonly referred to as zippering (chalk lines in Figure 6 show the nonbonded shingle portions). These unbonded overlaps will not vary in direction or increase/decrease in areas of the roof where wind uplift would be greater/less. In such cases, it is clear that wind would not come from all directions with just enough force to compromise the adhesion on the sides of the shingle overlaps.

Experiments by others have also concluded that unsealed shingles can occur in the absence of a high-wind event. In particular, recent research funded by the Southeast Region Research Initiative (SERRI), managed by Oak Ridge National Laboratory and conducted by The University of Florida (Dixon, 2013) for the U.S. Department of Homeland Security, found that “partially unsealed shingles were a result of a systematic failure of the shingle’s sealant strip rather than a random unsealing event.” Further, the study by Dixon et al. (2014) found that “shingles appear to remain sealed for the first 4-5 years of service life, but beyond that timeframe, the frequency of unsealing trends upwards.” In effect, these and other studies have found that shingles undergo a systematic natural pattern of unsealing, which progresses with age and is not induced by wind. These findings confirm decades of our field observations (Marshall et al., 2010) and our aforementioned laboratory testing.

Experiments by The University of Florida (Dixon, 2013) have also found that unsealed shingles can be attributed to “installation errors that prevented the shingle from sealing to the course below. These errors included: under-driven nails in the sealant strip, debris in the sealant strip, and release tape that was inadvertently stuck to the shingle’s sealant strip due to packaging errors.” Further, their experiment found that “a distinct pattern of partial unsealing was observed on 70% (19 out of 27) of the roofs surveyed, including both laminate and three-tab systems. The eight roofs that did not exhibit a pattern had less than or equal to 1% unsealed shingles. There were no cases where widespread unsealing was observed with no pattern,” demonstrating that 70% of the surveyed roofs had a substantial quantity of unsealed shingles that exhibited a distinct pattern. These patterns, however, are not consistent with wind-related damage.

Some in the industry refer to ASTM D7158, Standard Test Method for Wind Resistance of Asphalt Shingles (Uplift Force/Uplift Resistance Method) as a proper and simple method to empirically demonstrate the strength of a shingle after a storm event. In particular, they aim at comparing field-measured strengths to the rating originally determined by the manufacturer. The major difficulty that arises is that the manufacturers list compliance with ASTM D7158 (at design wind speeds) on material packaging and/or reference documents. They do not list uplift coefficients or the calculated uplift forces determined from ASTM D7158. Typically, this information is not readily available from manufacturers. Thus, the uplift forces must be calculated by the interested party using test results from an independent laboratory. We note, however, that laboratories with the capacity to perform ASTM D7158 are not common, and when available, testing may be cost-prohibitive (it requires a modified version of the testing apparatus for ASTM D3161 as shown in Figure 2).

We also note that while ASTM International and the International Code Council (ICC) have adopted wind ratings for asphalt composition shingles that range up to 150 MPH, wind-related performance issues remain, as discussed in the preceding section. This translates into many shingles in the field not meeting their design criteria.

Assessments of asphalt shingle roofs by Haag after hurricanes and other wind events have revealed deficiencies in each of the mentioned areas. Similar findings have been made by McDonald and Smith (1990) after Hurricane Hugo, Smith (1995) after Hurricane Andrew, Rash (2006) after Hurricane Ivan, and the Roofing Industry Committee on Weather Issues (RICOWI) in 2006, 2007, and 2009, after Hurricanes Charley and Ivan, Katrina, and Ike, respectively. Further, ASTM D6381, Standard Test Method for Measurement of Asphalt Shingle Mechanical Uplift Resistance (which is referenced in ASTM D7158), states “many factors influence the sealing characteristics of shingles in the field; for example, roof slope, and interference by misplaced fasteners.” It is not the objective of the ASTM test methods to address these issues. Therefore, in rating shingles, new, unweathered products are tested with much care being taken in the installation and the preparation of each specimen. To assume that all installed shingles will meet the uplift loads determined using the ASTM test methods is unrealistic.

In conclusion, while wind can lift and remove poorly adhered shingle tabs, we have found that sealed shingles that have been affected by wind show lasting evidence of the event having occurred. Further, there are multiple factors that influence the adhesion of shingles that must also be considered. For this reason, great care must be taken in discriminating among shingles that have been affected by wind loads and shingles with compromised sealant strips related to other factors. Additionally, while ASTM test methods can be used to determine the uplift capacity of field shingles, calculated loads used to compare with field results must be calculated appropriately by laboratories with the capability to perform the testing. Even then, the totality of factors that influence proper adhesion should be considered. Further, test shingles should be properly selected and reductions in capacity must be properly investigated before sweeping and unfounded conclusions are drawn. Proper wind damage assessments should consider locations of damaged shingles, any patterns of unsealed shingles across a roof slope and across the entire roof, the directions of slopes with unsealed shingles, and the prevailing direction of the wind during the storm event in question. 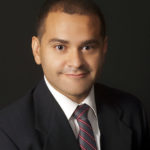 Dr. Carlos Lopez graduated from the University of Florida with a BS, MS, and PhD in civil engineering. Currently, he is a member of the American Society of Civil Engineers, the American Concrete Institute, and the American Association for Wind Engineering. Dr. Lopez has been with Haag Engineering since 2012 and has inspected and assessed hail- and wind-caused damage to roofs. 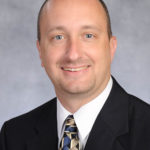 Dr. Jonathan Goode holds BS, MS, and PhD degrees in agricultural and civil engineering from the University of Georgia, the University of Colorado at Boulder, and Colorado State University, respectively. He is a licensed professional engineer in 17 states and was an assistant professor at Oklahoma State University prior to coming to Haag Engineering in 2010. Dr. Goode is a member of the American Society of Civil Engineers and serves on the Technical Council of Forensic Engineering, Forensic Practices Committee. 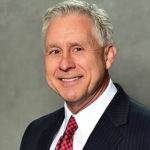 Scott Morrison graduated from Iowa State University with a BA in architecture and a BS in civil engineering. He also received a MS in civil engineering from the University of Oklahoma. He is a member of the American Society of Civil Engineering, American Institute of Steel Construction, American Concrete Institute, American Association of Wind Engineers, American Society for Testing and Materials, and Chi Epsilon. Morrison has been with Haag Engineering since 1989 and leads the research and testing program there.