In today’s Convention DailyPost: Need to do some work? Check out the consultants’ lounge, new this year. Keynote speaker Bill Walton inspired at the opening ceremony on Saturday afternoon. Read a heartfelt endorsement of the Student Sponsorship program from a current recipient. And Sunday night, don’t miss the RCI Foundation Auction. 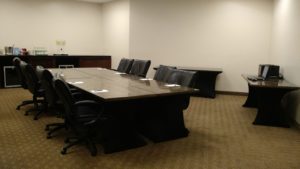 New this year, there is a consultants’ work lounge. Located on the Lower Lobby in the Catalina Lounge, the work lounge is a quiet zone set aside for those who need to take a few minutes out of their convention schedule to catch up on work. It features WiFi, laptop work space, a printer, and refreshments. An IT support attendant will be available on Saturday, Sunday, and Monday from 10 a.m. to 4 p.m. Head past the Starbucks on the first floor, to the end of the hall, and down the stairs. The work lounge is right at the bottom of the stairs.

The 32nd RCI Convention and Trade Show’s Opening Ceremony began with a performance by Catapult Entertainment’s shadow dancers, who performed in silhouette to Vivaldi’s “Four Seasons.” The dancers alternate between more traditional dance moves (albeit still in shadow form) and creating the other shapes using the light- a very sophisticated form of shadow puppetry. The show featured flowers, frogs, and ducks in spring, swimmers and water sports in summer, falling leaves of autumn, and ice skating in winter.

Next, the Blue Girls, a trio clad in red, white, and blue evening gowns, performed a cappella renditions of the US and Canadian anthems.

Mike Clark, Convention Committee Chairman, noted that this convention will see the presentation of 23 papers, and was kicked off with two auxiliary seminars, both of which had record-breaking attendance. He thanked sponsors Versico and JM for sponsoring the opening reception and opening ceremony, respectively.

RCI President Robért Hinojosa then briefly introduced keynote speaker Bill Walton. With Walton’s frenetic energy, he seemed to be in and out the window like a moth before a flame.

Walton began his talk with a nod to his audience, noting that “The roof — that’s on the top — that’s where we want to be.” He shared numerous stories about his coach during his time at UCLA, John Wooden.

“You can’t finish unless you start. So let’s get going.”

Walton was not always the vibrant and loquacious speaker he is today. Until he was 28, he had a significant stutter, and spoke very little. He says, “learning to speak is my greatest accomplishment in life, and your worst nightmare.” He regaled the audience with stories from his days playing basketball, riding in long-distance bicycle rides from San Francisco to San Diego, and commentating on basketball games.

Walton shared his philosophy of life, which is to embrace “fantastic joy and happiness.” He lauded people who succeed, and then remember that they didn’t get to the top on their own. “As soon as they get a leg up, they turn around and put a hand down, and say, ‘Come on. You’re coming with me.'”

Benjamin Rickard, a two-time recipient of the RCI Foundation’s student sponsorship to the RCI Convention and Trade Show, shares the remarkable benefits he has received as a result of the Foundation’s generous contributors and the experiences and opportunities it has afforded him. Read Benjamin’s story. 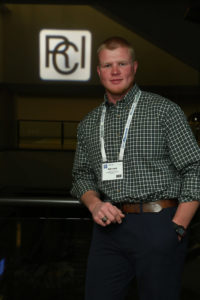 To whom it may concern:
I write this in hopes that my gratitude towards RCI for offering a student scholarship will be conveyed. It is my intention that my personal account will reflect the importance of the RCI Student Sponsorship, and be grounds for its continued support.

I was fortunate enough to be selected as a student scholarship recipient for the 31st International Convention and Trade Show held in Orlando, Florida. The opportunity came to me in the form of an email from a professor in the building science department. The attachment contained details regarding the convention, events, and how to apply. As a Junior in a building science program without full time employment secured, the trade show and career fair intrigued me. Admittedly, the potential for an expenses-paid trip to Orlando had its appeal also. I quickly rounded up all the necessary documents for a complete application and hoped for the best. Within two weeks I received the conformation that I had been selected to represent my university at the convention! At that time, I was clueless as to the impact the experience would have on my career.

From day one of the convention I was immersed in a learning experience like none I had ever experienced. I was introduced to other student recipients from across the United States. I quickly made friends with several of the guys, some of whom I remain in contact with to this day. I suppose this is where the first lesson was learned. Ryan, from Oregon State University unknowingly shed light on how unprepared/unqualified I was. It’s difficult to explain how valuable this lesson was for me. Ryan had already gained so much experience in the industry through his various internships. I quickly realized how little I knew about commercial construction. Fortunately, this didn’t keep him from helping me along. Through my interactions with him I learned the value of an internship and the importance of finding a company willing to invest into my future.

At the time of attendance, my major was Building Science with a concentration in Sustainable Building Systems; a degree not all that different from Construction Management. It quickly became an issue when trying to explain the degree to others unfamiliar with the program. When asked to explain, I found myself using Construction Management as a synonym for the degree. The difference in the course work was little to nothing. However, I knew that by switching I would have a degree that all industry leaders would recognize.

When I returned to Appalachian State in Boone , North Carolina, I was armed with knowledge and well-recorded notes of all my interactions with various individuals I had met at the convention. I had learned that I needed to take actions refocusing my goals for my career. I scheduled a meeting with my advisor, and shared with him the highlights of the experience. I asked that should RCI sponsor students for the 32nd International Convention, the opportunity be forwarded to me again. We discussed the need for the change to my major and determined it was possible to complete with the two remaining semesters I had in my college career.

Next on my agenda was securing an internship. I knew the experience was what I was lacking the most. I revised my resume, began to work on my professional appearance, and began the interview process. Before long the offers began to come my way. I chose to accept a paid internship with a residential builder based in Charlotte, with offices all over North Carolina. I worked out of the Triad office. Again, I met some very special individuals. The experience proved to be what I needed. I was making the necessary changes that the convention had shed light on. But I was conflicted. I felt that it was a weakness to graduate without any commercial construction experience.

The fear of going to a commercial general contractor with no commercial experience led me to my next series of actions. I began to pursue a co-op during the fall semester of my senior year. I wanted to take the spring semester off from college and work as a full-time employee somewhere for 4-6 months. I’d planned to finish my final semester during the fall of 2017 and go right into full time employment.

I began the process again: interview after interview, handshake after handshake. Soon I was able to make contact with a recent Appalachian graduate of the building science program. He was working as an entry-level superintendent on a 204,000-sq.-ft. facility for the university. He helped put me in touch with the right person. To make a long story short, I was offered the position. The downside? It wasn’t a co-op. Rodgers Builders offered me full-time employment! As exciting as this news was to me, I realized I still had a full semester of college to finish before I could walk across the stage and receive a piece of paper that took $100,000, four years, and many sleepless nights to obtain. How could I make this work?

I began to really consider how the credits would fall and what my options were. I created a plan. The only way to make this work was to enroll in courses that fit my program of study and also fit into my schedule. Most of this I was able to accomplish, with the exception of two credit hours. This is where things began to get interesting. I read about a course titled, “Construction Management Field Study.” There is no course syllabus nor instructor. To enroll, I had to create it with the help of an advisor and endless amounts of paperwork and departmental approval. Once again I scheduled a meeting with the same professor to discuss my predicament. After I outlined my proposal for using the RCI 32nd International Convention and Trade Show as this blank course, he was on board. We began to create a syllabus, course requirements, and overall objectives. John assisted me in filling out the correct documentation to petition for accreditation from the department. I had to get signatures from the department head, the chairman of the school, and the dean of the fine and applied arts. A miracle had just occurred in Boone! Only problem? I had just created a class for an event that I wasn’t even assured I could attend… Needless to say, I had a lot riding on the acceptance of my application for RCI’s 32nd International Convention and Trade Show. I depended on the connections that I had made the previous year.

Without a doubt I would not be where I am today without the sponsorship that RCI gave me to attend the 31st International Convention and Trade Show. I took what I learned in Orlando and applied it. Using advice given to me in a hotel suite at 3 a.m. by individuals who founded the organization, I created opportunities for myself. Furthermore, allowing me to receive the funding a second year enabled me to accept a full-time job offer before even having a degree. Had I not been able to use this event as a course, I would have been forced to decline the job offer to attend in-class lectures. In a sense, I owe my career to RCI.

I hope that my personal account will shed some light on the importance of the Student Sponsorship. Thank you for your continued support. I look forward to attending RCI’s 32nd Convention!
Thank you,
Benjamin Rickard 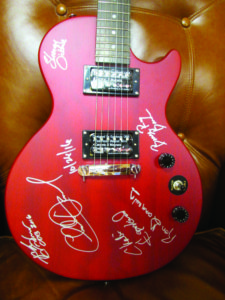 Don’t miss tonight’s annual RCI Foundations’
fundraiser on the second floor of the Hilton Anaheim in the Pacific Ballroom from 5:30 to 8 p.m. You can buy tickets in advance on the trade show floor all day on Sunday, or at the door. There will be both a silent auction and a live auction. Scores of items are available, and range from gift baskets to vacations and works of art. 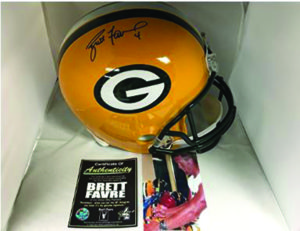