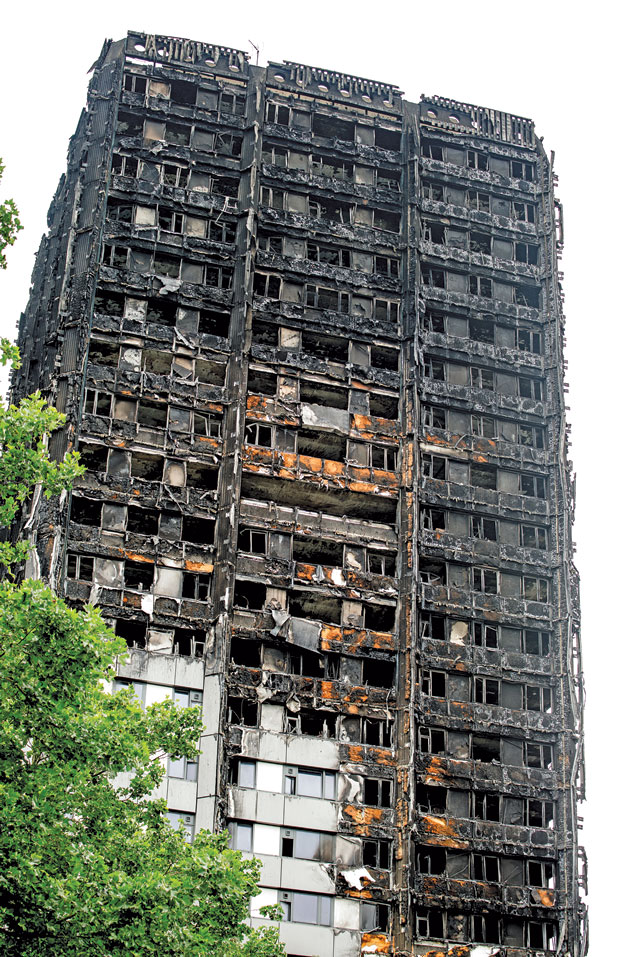 Work to remediate buildings with similar cladding in the wake of the tragic Grenfell fire in June 2017 in London, England, has been “not as fast as I should like,” said U.K Prime Minister Boris Johnson, speaking to Parliament recently. He criticized, in particular, owners of buildings in the private sector, saying, “Too many building owners have not acted responsibly” in recladding of buildings with similar aluminum composite panel cladding sandwiching polyethylene cores. Only 24 of the 168 potentially still-at-risk private-sector apartment buildings are currently being reclad, according to the housing ministry.

In June of 2019, attorneys representing 247 plaintiffs related to the 72 people killed in the fire, filed a wrongful death lawsuit in Philadelphia against Arconic, Celotex (owned by Saint-Gobain), and Whirlpool (manufacturer of the refrigerator that initially caught fire).
The Arconic cladding product, marketed under the trade name “Reynobond PE,” cannot be installed in the U.S. in buildings higher than 40 feet. The Grenfell Tower was more than 200 feet tall. The lawsuit claims that Arconic was “determined to exploit the European market and export the danger abroad that they couldn’t sell at home.”

U.K. officials will decide on whether to file individual or corporate manslaughter charges after the completion of an 18-month inquiry set to be concluded in late 2021. Targets could include Royal Borough of Kensington and Chelsea council and the organization that managed Grenfell Tower.