Too Pretty for Construction? 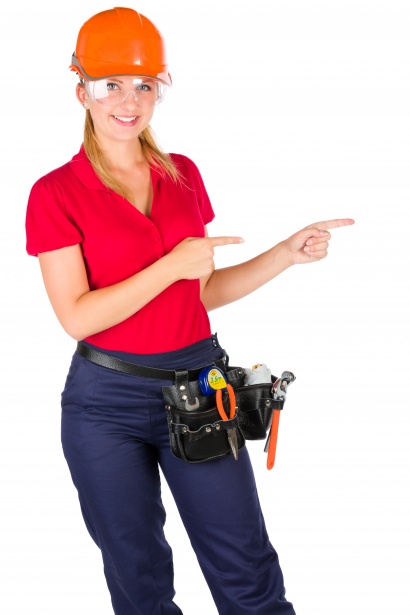 “Beauty is beastly” for women in construction and other jobs that are considered “masculine,” according to Stefanie Johnson, associate professor at Leeds School of Business at the University of Colorado at Boulder. She and Elsa Chan, from the City University of Hong Kong, conducted research to determine whether there was gender bias against pretty women applying for such jobs.

While other studies have shown that in general, attractive women and men enjoy higher incomes and better job prospects than their less attractive peers, Johnson and Chan found the opposite seemed to apply in masculine jobs such as construction.

Using “pretty decoys” among applicants to the jobs of construction manager, plumber, and others, they determined that when “unattractive” decoys were in the mix, the beauty-is-beastly effect occurred; in other words, the more beautiful individual was less likely to be hired, regardless of the relative qualifications of the applicant. When a second attractive female decoy candidate was included, however, the attractive candidates dominated the unattractive candidate—even for gender-neutral jobs—and the bias switched back to the candidates considered more attractive. The findings show that people’s decisions are fraught with biases. Even though one might believe they are hiring the best person for the job, they can be biased in favor of or against a woman based on her looks (although this effect does not extend to men, studies have shown).