Cool Roofs on the West Coast: Has Roofing Science Been up to the Task?

Cool single-ply membranes with highly reflective surfaces have come to represent over 50% of the commercial roofing market. Each year, well over 1.5 billion square feet of these white membranes are installed. However, as with many changes, there have been concerns about unintended consequences associated with this large shift. For example, in northern regions, condensation buildup has been a frequent concern. A review by this author showed that such instances were relatively rare, and that good roofing practices would largely avoid the issue.1 However, that review was focused on systems using polyisocyanurate (polyiso) insulation installed above steel deck construction.

In the coastal regions of California, Oregon, and Washington (i.e., the West Coast), low-slope roofing is frequently installed over plywood or oriented strand board (OSB) decks above wooden rafters. Fiberglass insulation is installed between the rafters as shown schematically in Figure 1. Fiberglass insulation facers are vapor retarders, but it is very difficult to install the product in such a way that air doesn’t readily pass up through the system and into the space below the deck. Let’s look closely at the features of this system that can contribute to condensation issues:

Figure 2 shows the same wood deck roof, but indicates how moist air enters the system from within the building and condenses during cooler periods, such as night and/ or winter.

Some commercial buildings might not even have a ceiling present, and air flow will be greater. However, an important point is that even if a vapor-impermeable air barrier is present, it is extremely difficult to install in such a way that moisture ingress is totally prevented. Also, since the roof membrane itself is vapor-impermeable, good building practice is to avoid double barriers. The West Coast wood deck design was popular well before cool membranes became popular, so a key question is: What has changed? There has been significant conversation in the roofing industry speculating that cool membranes lead to more condensation. One real issue is that a key feature of the West Coast wood deck design was not widely understood or acknowledged: These were self-drying roofs, and cool membranes changed that.

A second issue could be the membrane attachment method. Built-up roofing and modified-bitumen (mod-bit) membranes typically are fully adhered to plywood decks. However, many heat-welded single-ply installations utilize mechanical attachment. That can lead to membrane billowing in high wind, which can “pump” air up from the building interior to the underside of the membrane,3 shown in Figure 3. This only exacerbates the issue, bringing more moisture up into the system.

Before cool membranes, energy-absorptive membranes, such as ethylene propylene diene monomer (EPDM) and built-up roofing systems, were known to have condensation under the membrane.3,4 The condensation would typically occur during cooler times of the day and/or season. However, during hotter times, these absorptive membranes would heat up and, in turn, dry out the underlying structure. This is shown in Figure 4.

The self-drying roof concept has been recognized for a long time.5,6 However, there are some important points to be made about the wetting and subsequent drying-out process:

Dregger has pointed out that the balance between wetting and drying-out can be very delicate.8 Some roof systems might be “on the edge” of having problems, and a reflective membrane simply forces the issue.

The basic structure of a wood deck system, shown in Figure 1, actually has several drawbacks:

There are recognized methods of improving on the wood deck roof system, listed below.

Add Insulation Above the Roof Deck

This approach can be considered as an extension of the “continuous insulation” approach currently gaining ground in wall construction. Lstiburek referred to a concept of “the perfect wall,” in which the thermal control layer was on the outside of the structure.9 Roof membranes are air- and vapor-impermeable and act as the weather barrier for the structure. “The perfect roof” would encompass weather, air, moisture, and thermal control—all above the structure. Insulation would not be part of the structure but would be entirely above-deck.

Unfortunately, there are many existing structures that were not designed with a “perfect roof” approach. However, as noted by Dregger, as well as Desjarlais et al.,10 the addition of insulation above the deck will keep it at temperatures closer to the building interior. Desjarlais et al. modeled roof systems in six West Coast locations and gave practical guidelines as to how much above-deck insulation should be considered. The study showed that in many cases, 1.5-in. polyiso would be sufficient. But roof designers must validate their specific designs for local conditions and the buildings in question. The degree of air infiltration into the roof system can significantly change how much insulation might be required.11

By fully adhering the membrane, one of the major differences between traditional built-up (BUR) and mod-bit roofs and many single-ply installations is eliminated. The importance of minimizing air flow up into the system can’t be emphasized enough. The only exception is when cross ventilation is provided for and is sufficient for each enclosed space.

However, a difference might be that high reflectivity could negate the self-drying mechanism thought to exist with lower reflectivity membranes, such as EPDM, as described by Powell and Robinson.3

The Role of Vapor Retarders

Whenever moisture and condensation issues are present, there is a great temptation to install some kind of air/vapor barrier. However, great care needs to be taken before embarking on such a route and specifying exactly what type of barrier is required.

Highly reflective roof membranes installed over West Coast wood deck systems can lead to moisture buildup in the wood system. Once this buildup exceeds the safe storage level of the components, then structural issues can occur. Inadvertently, the so-called cool membranes have reduced the ability of these wood systems to be self-drying. 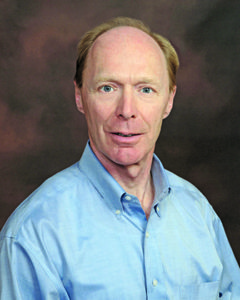 Tom Taylor is the executive director of Building & Roofing Science for GAF. This position is focused on the building enclosure and its impact on the indoor environment. Tom has over 20 years’ experience in the building products industry, all working for manufacturing organizations. He received his PhD in chemistry and holds approximately 35 patents.