A lot continues to change at RCI headquarters, and you may feel like if you blink, you’ve missed something major. Last month, RCI CEO Lionel van der Walt announced that he’ll be leaving the association effective the end of June. RCI President Michael Clark provided some additional information and a reassurance that the Board of Directors is already on the hunt for a suitable replacement for van der Walt, who has also agreed to be available as needed during the transition.

And while that is a major announcement, there has also been a fair amount of adjustment to duties and positions with a number of other staff members. Long-time Marketing Director William Myers has officially tendered his resignation from all duties (having previously stepped down from marketing and covered only sales for the last several months of his employment). Myers was employed at RCI for over two decades—as an employee and a contractor. He is pursuing other interests, and we wish him the best.

Executive Assistant Tara Wilson has been promoted to Manager of Region and Chapter Relations, effective just as soon as a replacement for her current position can be found.

Chris “CB” Barnes has settled into the position of Marketing Manager. We’ve finally managed to take some time during what has been a rather tumultuous year to do a staff profile on him, which you can find below.

Melany Elwell has been promoted to the role of Chief Operating Officer. We caught up with her to talk about her new position, and that interview is also below.

In addition, we have recently been joined by Director of Sales Kevin Kerata, Director of Educational Services Jennifer Roller, and Membership and Registrations Specialist Caroline Lewis. (Why yes, we are running out of office space.)

We have been doing our best to keep the Association Staff page of the website up to date, so you can always check there if you’re not sure who to contact for a particular request.

Can you imagine reporting for your first day at a new job, only to be told that there had been a fire, and you need to head for a remote location to regroup? That was what happened to Chris “CB” Barnes, who joined RCI as our marketing manager in July of 2018, amid a rather turbulent year for RCI HQ. He says that for him, the plus side of being in our temporary space in an open office in downtown Raleigh was that as a new employee it was easy for him to get to know everyone and to ask for direction or input when he needed it.

How is RCI different from your previous job?
This is the first nonprofit I’ve worked for. The office is definitely more professional than my previous position, where I would literally be in a field on a farm.

Tell me about your family.
I’m married to Holly, and I have a 5-year-old son. We have two dogs, Teena and Kiwi. We’ve lived in Wilmington, NC, and now live in Garner. (See photo, left.)

Do you have any hobbies?

I run, ride bikes, climb, and fish. I did a race in October, which did not go as planned due to an injury, but I finished a 50-km race in just over eight hours. My usual run turned into a very painful walk. I’ve guided for blind athletes for long runs while training for my own personal races in the past.

I was born in Raleigh, have lived in Hawaii and Washington D.C., and have now returned to North Carolina. I am an Ironman, I have completed 140.6 miles in 11 hours and 8 minutes. I ran the Boston Marathon the year before the bombing, where I guided for a blind athlete. I ran a sub-3-hour marathon to qualify, and then gave up my solo spot to run with the blind runner.

Anything you don’t like?
I don’t like olives. Olives are awful. I love peanut butter and cinnamon graham-cracker sandwiches. I like to wear bow ties. I loves tattoos. (Editor’s Note: I asked him how many he had, and he said he gave up and stopped counting at 10.)

If you could do anything, what would you do?
My dream job would be to be a beach lifeguard again. 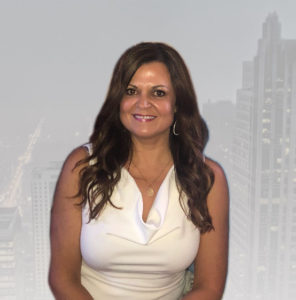 How will your role change?
From an operational position, many of my day-to-day activities will remain the same. It is exciting to have the opportunity to collaborate with all of the departments, rather than a smaller group. We are very fortunate to have a great team of talented and dedicated individuals on board who truly love our association.

What are you most excited to take on in your new position?
I must admit that I thrive on challenges. Being a part of our association in this period of rapid growth with the rebranding and other new initiatives certainly keeps my mind and schedule busy. I am looking forward to the next level for our association, as we have only just begun. With any growth comes growing pains, but I am continually learning and enjoying the journey.

What prepared you for this role?
I have had the opportunity to work in various sectors: non-profit, accounting, hospitality and advertising/public issues. These roles provided me with a wide perspective of the business world. Honestly, having been a mother to a special-needs son prepared me the most. Every single day presented new challenges across the board. The nature of those fires varied and it was crucial to his success that I remained calm and able to quickly and constructively react. Issues and conflict became second nature, so having it present in the workforce feels a bit like the norm. My son was far more intelligent than I, so the everyday training in the ring taught me lessons I will use throughout my life.

Anything you’re less excited about?
We have so many exciting changes to look forward to in 2019. In 2020, our staff will move to a new location as our lease will expire and renewal is not an option. We were separated from our office for a few months in 2018 due to a fire, and that reminded me that the moving process is one that I could certainly do without!